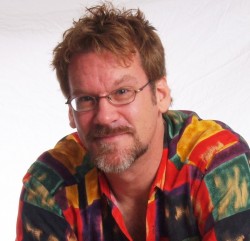 People come to Reiki at different times and for different reasons. Obviously, the reasons for pursuing a life of Reiki are as varied as are the individuals. I would like to share with you why I came to Reiki.

For months I suffered from an incapacitating pain in my right shoulder; normal movements were impaired. Sleeping comfortably was a challenge and rarely achieved. The cause of the pain went undetected so as a last ditch, my boyfriend took me to a Reiki Share group, which was made up entirely of Reiki practitioners. I had heard of Reiki but was utterly clueless as to what it was and what was going to happen.

I sat still, eyes closed, and tried to focus on my breathing. Soon I felt a fifth set of hands, these on my stomach. These hands felt large, I knew it was another man and they felt very cold.

During the session, the first woman moved from in front of me and walked behind me, but I never felt her hands on me again. I continued to focus on the remaining four sets of hands. Soon I entered into a deeply relaxed state.

When the session ended I realized I was completely pain-free and I had full mobility in of my arm. I was ecstatic and in awe. I learned, first hand, the amazing power of Reiki.

I also learned that Reiki practitioners are energetically sensitive and intuitive people. The woman who had removed her hands from me during the session had a message for me. She told me that she had walked behind me and, rather than touching me, she felt compelled to place her hands on the back of the gentleman who had his hands on my shoulders. She said that she felt the hands of someone on her back and turned to see a long line of people, all supporting each other, hands on backs. She told me that they wanted her to tell me that many people who loved me, including my mother, who had previously passed, surrounded me.

Included in this discussion were only the four people who I saw before the Reiki session had begun. I asked who the fifth man with the icy cold hands had been. I was informed that no other person had come into the group and no one else touched me. The second woman in our group told me that those hands had belonged to Archangel Michael, who protected me and cared for me all my life.

Needless to say, for my first Reiki session, this was an overwhelming amount of information and incredibly moving. I had a great deal to try to comprehend.
Not long after that amazing experience, I began to feel a sense of power inside me. I felt drawn to the energy and compelled to learn more and to study Reiki. I then began my journey into this spiritual life and I have been blessed since. I have become a Reiki Master/Teacher and have studied Pranic healing, Shamanic Energy Work and other modalities. I am grateful and honored to be a teacher of Reiki.

Joe Thornton is a Reiki Master/Teacher, founder of Clear Spirit Reiki, co-founder of Great Conjunction Spiritual Center and is on the board and faculty of the Brigger Center for Reiki Education. You can contact him at This email address is being protected from spambots. You need JavaScript enabled to view it.