Why lectures are important

Growing up I was extremely lucky to attend an amazing number of lectures and workshops. My parents took me with them to workshops and lectures across the country. We attended past life regressions, healing services, channeled messages and more lectures on Edgar Cayce than you could imagine. I was exposed to amazing messages and brilliant ideas; and I wish I could say that every single one was transformative to my young mind. Sadly no.

Many were too boring, or weird or over my young head to entertain even the most precocious pre-teen. I had no idea how much was making its way into my head (probably by osmosis) as I stared into space. What I gained though was an understanding of how big and amazing the world is and how much there is to learn and explore. For many of my peers, the world was small and understandable, they could talk confidently about what they were going to be when they grew up and firmly (often loudly) repeated their parents’ opinions on religion, politics, and sports. I may not have understood Lemuria, but I did understand that the world was bigger than I could comprehend.

As I got older more and more of these lectures and workshops started to make sense to me and I began to understand the thirst of knowledge that had convinced my parents to sit on uncomfortable chairs in stuffy rooms to learn about ancient Egypt, Mayan prophecies, Atlantis, divination, miracles and a myriad of other topics that ranged from thrilling to bone dry – each topic someone’s passion or life’s work.

When Joe and I set about creating Great Conjunction we knew we wanted it to be a place where people could share their passions and ideas. A place where learning and expanding horizons was the cornerstone of our work. That is why we are so very proud of our lecture series and how it has grown. All those talks and lectures opened my mind to an amazing universe of thought. Join us and see what new ideas and passions can take root and flourish in your soul.

We have some amazing events and programs to share with you in the coming months.
See you soon,
John Michael Thornton, Co-Founder of Great Conjunction Spiritual Center 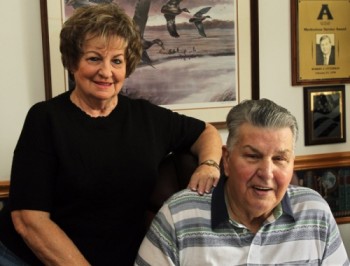 We would like to take a moment to remember Robert (Bob) J. Otterman. He was a dedicated teacher, public servant and statesman who's dedication to helping make this a better, more progressive state was an inspiration. A number of local newspapers wrote lovely tributes to him, but the one on Ohio.comis special because they show a picture of Bob with his wife Barbara (Joe's aunt).
Thank you for all your hard work, you will be missed.