Challenge For My Inner Child

The Summer Solstice is fast approaching!  We’ve had such an odd year that it almost seems as though we didn’t get a Spring this year.  To be fair, with the weather we’ve had, we really didn’t have much of a winter either, it practically went from Autumn straight to Spring.  And now Summer’s here.

This year has already brought us all some major challenges, but there’s a new challenge that John and I are about to face.  To be quite honest with you, while the adult in me knows it’s gonna be fine and everything will turn out well, the inner child in me is pretty scared of this challenge.  Okay, so is the adult in me. 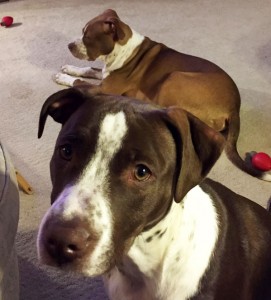 On the 17th of June, I’m scheduled to have spinal surgery.  I have severe cervical stenosis with myelomalacia.  What it boils down to is that between three of my vertebrae in my neck (C5 & C6 and C6 & C7 – if that matters to you) the disks have become severely compressed and are pushing against my spinal cord.  According to my doctors, it’s somewhat unusual to have the kind of impingement I have and it can be quite serious.

After being referred to and meeting with a neurologist, rather than rushing into surgery, I was referred to a pain management specialist as a first go-round.  The usual procedure is to inject some kind of fluid into the spinal fluid where the spinal cord is being compressed.  However, when I met with that doctor, she refused to give me the injection stating that since the impingement is so severe, she felt there was a strong possibility that the addition of more fluid could lead to paralysis from the neck down.

Needless to say, that’s not an outcome I could get behind.

So back to the surgeon I went.

Originally surgery was scheduled for this past April, but for obvious reasons, it was postponed and has now been rescheduled. 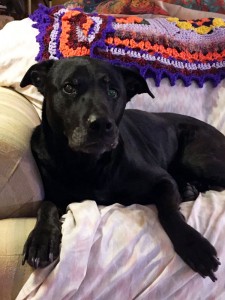 The procedure is pretty straight forward.  They go in through the front of my neck, remove the two bulging disks, replace them with cadaver bone, which in time will fuse together, and attach a plate and screws to the three vertebrae involved.  It only involves one night in the hospital (if it had been only one disk, it would have been out-patient surgery).

But here’s the catch.  I’ve never had a surgery of any kind and have only been in the hospital to visit someone.  So I’m kinda scared.  Plus there’s that whole anesthesia and slicing into my neck thing.  Oh, and the plate and screws.

Here’s an additional fear that I have to face: I am severely allergic to metal.  While the overall use of titanium plates and screws is safe, even in people with metal allergies, it’s still freaky to know I’ll have metal inside my body.  However, there’s always a chance I could have an adverse reaction.  And yes, we did ask the surgeon that, should – God forbid – I have some sort of reaction to the metal, could it be removed.  The answer was yes, because it’s really only in there to just hold the vertebrae motionless while the bones fuse together.  But who wants a second neck surgery?

Yet another factor is that I’ll have to go through the whole surgery/hospital stay alone.  Because of the pandemic, new rules have gone into place at hospitals.  Only one family member can be there during the surgery but only until the doctor goes out to tell them the surgery is over and that it, presumably, went well.  Then that family member has to go home and not come back until it’s time for the patient to go home, too.  No visitors of any kind.

That inner child inside me is wanting to be comforted.  No one to hold his (my) hand.  No one to smile at him (me) and say it’s okay.  No one there that loves him (me).  Boo hoo for him (me). 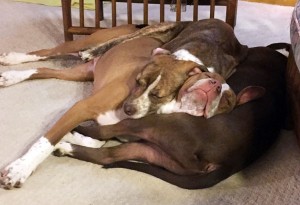 I’ll be laid up until the end of July.  After the surgery I have to be as still as I can be for four-weeks.  I’ll be in a fitted brace and not be allowed to drive.  I can live with that okay.  Buy I also won’t be allowed to bend or to twist or to pick-up anything over ten-pounds.  Do you have any idea how tough that’s gonna be on a dog-lover like me who has a wonderful 80-lb dog and three very active, playful and big puppies?  It’ll be murder, I tell ya!

So, there you have it.  My big drama and it’s leaving me a bundle of nerves.

But like I said, I know it’s all going to be fine.  I know it’ll be over in the blink of an eye.  Everything’s going to turn out swell.

My head knows that.  My inner child is wanting his mommy.

So keep a good thought for me on June 17th, will you please?  Any and all energy, prayers, love, good thoughts and kindness will be greatly appreciated.

And please send some to John, too.  Afterall, he has to play nursemaid to me and do everything around the house that I would normally do.  He’s gonna have his hands full!