This Halloween, Don’t Feed Your Ghosts

Since we moved to the new house I’ve been going on “Morning Constitutionals” a few times a week. Sometimes it’s a walk around the neighborhood, getting to know the street names and exploring the energies, and sometimes it's a quick jog to the park and back.  Some houses I pass stand out because of a well kept yard or a bit of interesting architecture, but most just fade into the background. There’s a house I often pass on my way back from the park that really stands out because there’s usually something dead on the street in front. 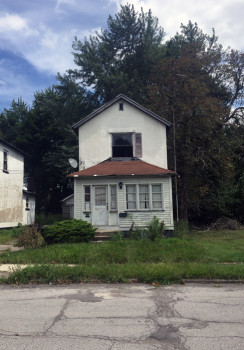 I barely noticed it at first, it’s not unusual to see a dead bird or hard to identify critter on the side streets.  It’s usually cleaned up quickly but things stayed on this block and it rarely stayed clean for more than a day or two.  It never looked like a fresh kill, it always looked old.

There was no real sense of malevolence coming from the house, every house on the block is empty and some of them feel quite creepy, but the white house, the house with death in front, simply had a quite presence.  It was like looking at a predator’s den. I wasn’t scared, but I was watchful and always spent a few moments wondering what was inside and speculating on what sort of being was making it’s own sacrifices on this lonely road.

A few weeks ago the street and sidewalk were clean, so I figured I’d see something in a few days. For a week the street stayed clean and I wondered aloud, “What could be better than an animal?”  Very clearly I heard the words, “You are.”

My mental shields slammed in place with a nearly audible clang and I sped up just a tad (never show fear).  It was over a week before I passed the white house again and still nothing outside, but now there is a feeling of attention coming from the gaping windows and crooked door, a gentle malevolence – not looking to kill, but to keep.

Don't feed the ghosts. Our attention, our energy and presence can feed and sustain the non-physical beings around us.  When we talk to spirits, make up stories about them, give them names or treat them like parts of the family we can strengthen them and give them a way into our world. 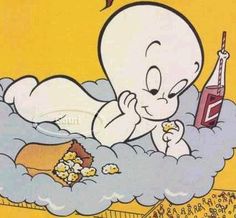 I rarely see the spirits of people who have died, I may feel their presence during a reading, or see a glimpse of a loved one, but my talents seem more attuned to the beings in this world who were never human or have been disincarnate so long they have lost their humanity.  Some are beautiful, ethereal, helpful and loving – angels, devas, and some of the fey. Others are as neutral and natural as the wind – elementals, sprites, and nature spirits.  Then there are the ones who range from scary to downright terrifying – bogarts, tricksters, shapeshifters, dark fey, creepy-crawlies and things that go bump in the night.

These beings can also be fed by our time and attention, they can grow stronger and take advantage of our unconscious generosity by slipping into our homes wearing the mask of a friendly house ghost or a lost soul.

This past week Joe and I did a House Clearing and Blessing for a family that had just moved in and were noticing unpleasant energies and increasing poltergeist activity.  When the owner first called she told me all about the ghost, the family was sure it was the previous owner, or maybe his son who had died as a young man.  They were amateur ghost hunters and had tried to communicate with the ghost, talking to it and asking it questions.

“I’m not sure we want to kick it out,” she said. “Give me a few more days to think about it and I’ll get back to you.”  A few days latter she called back and told me it was starting to get scary and they wanted the house cleared.  It was over a week before we could fit them into our schedule, by that time I was told lights were flickering on and off, shadows were gathering and people were getting tripped on the stairs.  Even their skeptic friends were convinced.

When we first got there, I tried to connect with the house and the land I felt only loneliness and some stagnant negativity.  There was an angry presence in the house, but I wasn’t sure it was a spirit.  When we met the family it started to come clear, there was a lot of stress and anxiety in the house and the son didn't want the spirit gone.  He liked having a pet ghost, not out of malevolence or evil, but because it was fun.

“As the owners of this home, as the family living here, you have more control than we do,” I said. “We will clear this house, but if you invite spirits back in, they will come back.” 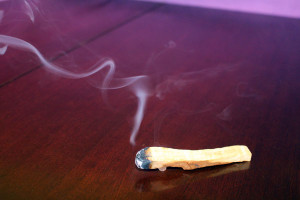 We cleared the house, filling it with as much love and light as we could channel.  They are remodeling and it will be a lovely home – one that wants to be lived in and loved.  Before we left Joe and I gave the husband and wife a pep talk on ways to bring positive energy and light into the home.  We talked about the importance of not leaving your negative energies and experiences stuck in the house.  We spoke of the importance of filling your home with love and not getting stuck in negative patterns and memories; the importance of not feeding your ghosts.

On the drive home Joe reminded me of something a say in every psychic development class I teach – we draw to ourselves the clients we need to learn from and most readings have messages for the reader as well as the client.  We have both been struggling with negativity and stress during our move and I have been falling into the terrible habit of recounting my grievances, focusing on all the things that have been upsetting me and once I start down that road I often keep going until I’m complaining about things years past – keeping the scary ghosts of my past alive.

How I Met My Guardian Angel 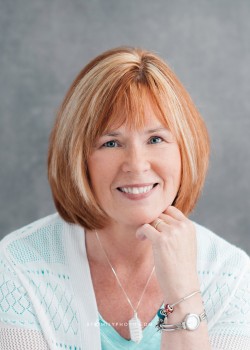 Two years ago, I experienced my guardian angels in such a profound way that it saved my life...."

I was recuperating from a bad fall that shattered my elbow and required major surgery. Regaining my strength back after the fall and surgery took some time. One day I felt I was strong enough to get out of the house and asked my husband to take me to the library. As we arrived at the library, I told him I was going to the second floor which was accessible by a long flight of stairs.

I went up the flight of stairs and perused the books that were on this floor. I began to feel weak and decided to go down the stairs to find my husband to go home. As I walked to the stairs, I felt all this energy of alarm around me. I kept sensing that I must use the elevator but decided to ignore that feeling for it was quicker going down the stairs.

As I began my descent down the stairs, I felt weak and lightheaded. My left arm was in a cast and sling which left me unable to grab the stair rail which was on the left side. I began to feel like I was floating in air as if in a dream and the stairs began to weave up and down in front of me... I realized that I was going to fall down these steep steps.

As we reached the bottom of the stairs, I felt my foot hit the floor as I stepped off the stairs which brought me back to reality and then my  beautiful Angel disappeared. I stood there dazed and realized that no one had seen what I had just experienced. I then walked over to a chair to process that I had almost fallen down the stairs which would of definitely killed me. I was still feeling this deep sense of peace and love my Angel had surrounded me with when I began my descent down the stairs despite what had just happened to me.

For several weeks this beautiful Guardian Angel of mine stayed visible to me. She glowed in a beautiful white light and told me that she was one of a group of angels who surrounds me at all times and they call themselves Bliss. This loving angel told me that when she realized that I was about to fall down the steps, that Whoosh of air I felt was her jumping in front of me. By focusing on her Beauty of Light, it kept me from passing out and guided me down the steps. I remember feeling there was no time and space, only Peace, Love and Light.

Since then, I see and talk with my Angels of Bliss  every day, for I now know they never leave me and are always there for me. And they have gifted me to help others know that their guardian angels are always with them.

Mary Jane Brigger is a Reiki Master/ Teacher and Angel Intuitive. She is founder of  Soul Care Experience  and the new Brigger Center for Reiki Education. Mary Jane provides personal one on one  Angel Reiki at The Healing Cottage in West Salem, Ohio.